Films I have been watching

By Mark Film No Comments

Terminator Salvation – We really enjoyed this. While most of the reviews have been poor i still like it. The film is heavily flawed. The concept is flawed greatly anyway with regards the whole thing of John Connor sending back his own Father to save his mother who the becomes his father yadda yadda. This was a stupid paradoxal error in writin and ther is a really facid attempt at addressing it in this movie.

Outside of that there were a few other things that just didn’t add up. Certain narritive elements that didn’t fit. It almost felt rushed in its presentation. Continuity of the narrative and a couple of cheesy elements could have been done without.

Asides from that it was good fun. There was that real sence of relentless danger i got from theoriginal movie and it achieved a real sense of the epic “OH CRAP WHERE’S THE PADDLE!” factor. The effects and CGI  (bar a ceratin cameo appearrance) were all great and te sound score was excellent. Certainly on worth watching in the cinema…..even if you do end up hating it.

Star Trek – WOW This was really really good fun. They Really nailed this and got it right! I grew up on Star Trek so i was looking forward to it. The stroy was really tight and the references to all the old stuff was so multi layered it was great. Watch out for “the guy in red” , “tribbles” & “Kirk Pose and lighting across the eyes”.

The gags were great and the performances were brilliant. I was worried tht i would only see “Silar from Hereos” but Spock was Spock, so a tribute to his acting skills.

The Wrestler – I watched this on the plain going over to Doha. I wouldn’t have paid fr this but i did wanna see it. It is a really intense drama andits quite sad really. It’s a slow one too but it adds to the eventual dispair of the main character. Mickey Rourke did exceedingly well at drawing out the desperationof the guy and i as impressed with his performance. Marrissa Tomei was also quite good in this.

Grand Tourino – KICK ASS OLD GUY! This was similar in pace to The wrestler ad a little dull t be honest. I was dissapointed. It was a great characher.relationship based piece but it was all a bit too slow for my liking.

Valkyrie – DULL DULL DULL – could you possibly make such an amzing story more dull? ………no

The International – see Valkyrie description – except ou’ve got Clive Owen & the story itself is just another dull espionage dance.

No Country for Old Men – This was BRILLIANT! Alot of people will hate this. I love fims that have a funky ending and a lack of resolution. The charaters are great but it oesn’t even need Tommy Lee Jones doing another cop act. Really great film – Go See It

Here’s to another 5 Years

By Mark Profound No Comments I just renewed my domain for another 5 years – Wow. I’ve owned thi one for 5 years – Thats quite a while.

IT WAS STUPIDLY HOT – Got to 54 degreec C today. Doha is an interesting place. Culturally it is very very VERY different. Did i say it was different. Certainly off the plane i realised that I, as a white guy, was pretty fly, ok ok ok, that I was the minority. There are very few white faces around. There are however many many different nationalities represented. Chinese, Phillipino, Indian, Afghan, the list goes on…. As an Irish guy you do OK. Except for the fact that they jut assume you are British. But Here that goes down well. If you are American or British you get alto of respect and the workers will do anything for you. It gets a bit weird after a while. At least I felt weird.

What stuck me first is the way in which people are treated. there is not a real sense of friendliness between workers and bosses. It’s very raw and cold. Bosses see to treat employees like idiots and couldn’t really care less if that upsets them. In India there is the cast system. Here there is a hierarchy of nationality and if you are on the bottom rungs (Indians, philipinos) then you can expect to get treated very badly indeed. Calling a spade a spade: It’s very very racist but in a civilized manner.

Qatar seems to be mostly about money. Most of these people have come here to make money. In fact if you are not Qatari you are more than likely only here t make money. Everyone i asked about whether they liked it here or not had the same reply. “No but you can make good money here”. So you have all these guys coming over to work as labourers, kitchen staff, and porters – the grind work. Most of them are uneducated and the result is a city that is built on shoddy if good intention filled workforce. It’s as if some guy just decided he’d be an air-conditioning guy and went bought what he thought were the tools needed for the job despite not actually having a clue. Now i appreciate

The team I have been working with have been a really great bunch. Nice and friendly which was a blessing. I think i would go out of my mind completely if i had to deal with people here and not have someone to have a good chat with. None of them are Qatari. in fact they’re quite a mixed bunch of people. Portuguese, Lebanese, British were being represented. All of them really lovely people.

So would I live here? – Um….no. I think i could handle it for a while but it would eventually drive me nuts. Ruth living here would be another ting entirely. I would not be able to stand the way women are treated. If a woman calls a man a liar- she gets nicked! The heat would probably fry here and if she ever had to drive here she would probably die of a hart attack at the thought if she saw how they drive here. It scares even me! Also she hates white cars. there are lots of them here as it a good colour for car in this climate – nice and reflective. Ultimately Ruth wouldn’t be able to stand not telling people about Jesus.

I’ll write more about te work we were doing cause i think we are about to board.

Right boys and girls. I’m ready. Everything i need is packed, bar this laptop and the power cord, and my toothbrush, and my phone and…well ok ok not everything but you get the idea.

I get up tomorrow and go meet Dan at T5 and off we go to Doha.

Beautiful place but it’s HOT! WOOOOOOO. I am probab;ly gonna come back and my wife wont recognise the crispy bacon boy in front of her. But she does like bacon so will prolly have me anyway.

The Loop and Multiple Queries

By Mark WordPress, Work No Comments

This is the bit i’m srtuggling with:

I want it to choose a thumbnail depending on the catagory (the thumbnail assigning happens in  Cat_Thumb_Assign.php). This I’ve had working no problem. Then it should  choose how to display that post dependingon wether its either catagory 28 (a twitter update) or not.

Can anyone figure this out?

I’ve just changed the permalink structure of the site so I apologise to anyone who has linked to my site and the links break. Unless you linked to summat and didn’t tell me – the  toy deserve to DIIIIEEEEE…..umm ok maybe a bit harsh.

By Mark Rides No Comments 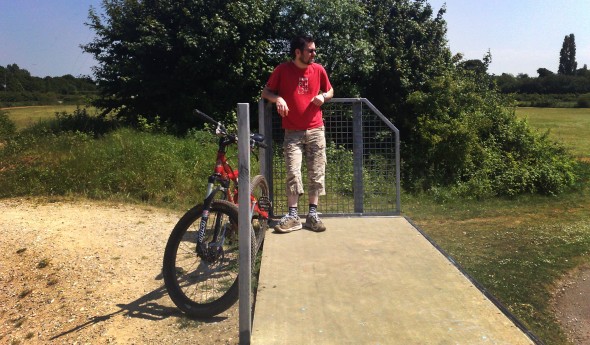 Sunday: I went for my first ride on Sarah since before I got married. It was sheer bliss but shocking aso how out of practice i am. I cold’nt get any good lines. I was stiff over the roots and rocks, I was exhasted and felt like i was gonna keel over after the first 5 mins. But it was GREAT! Ruth and I discussed our timing on these things and agreed that Sunday morings were the best time for me to ride.

I went down my old local loop to the Canal and te greenford estate BMX track which was in even more disrepair than ever.  Quite sad really. I couldn’t  ride a full set due to the amout of broken glass and the remnants of fires. Never mind the state of my fitness.

I still enjoyed it and got some un which was ace. 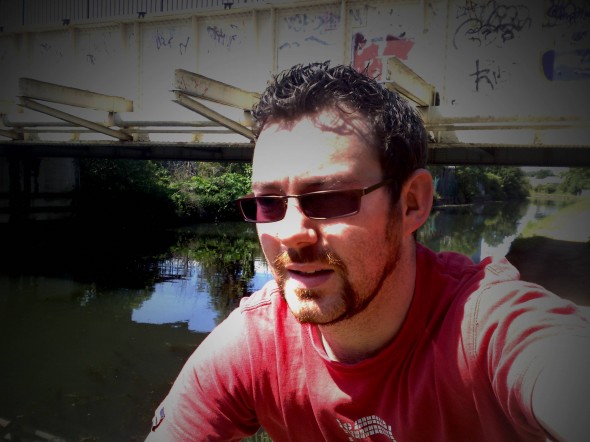 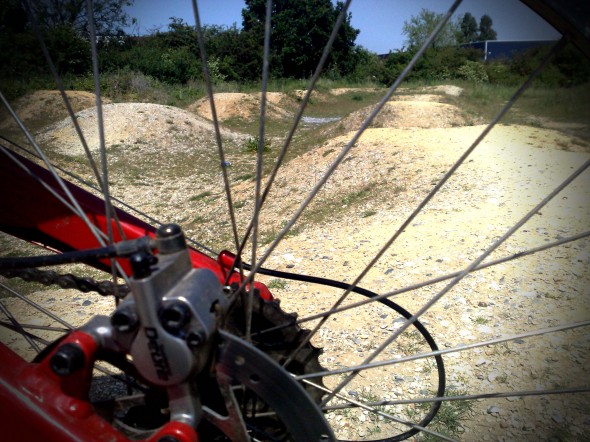 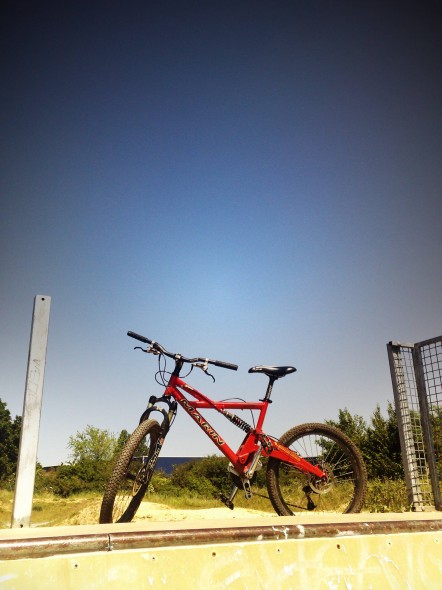 On Monday we went down to Henley and chilled out for the day with my folks. we had some lunch then went for a walk with them where Dad took me “in search of adventure”. This mean trespassing!

I love my Dad for these stunts he pulls. I think Ruth really finally reailsed where i get my crazy ideas from. He showed methis great old chapel and the groundsof a certain private property. 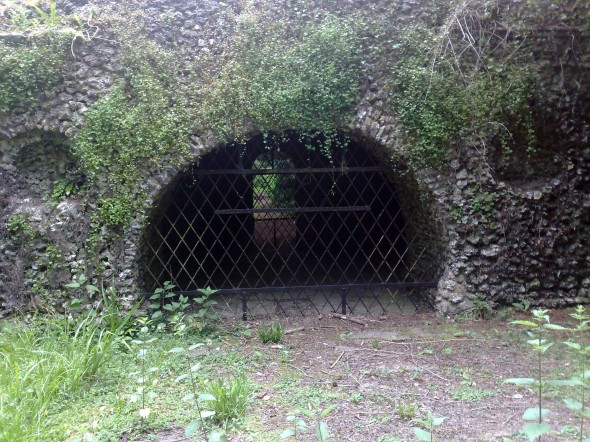 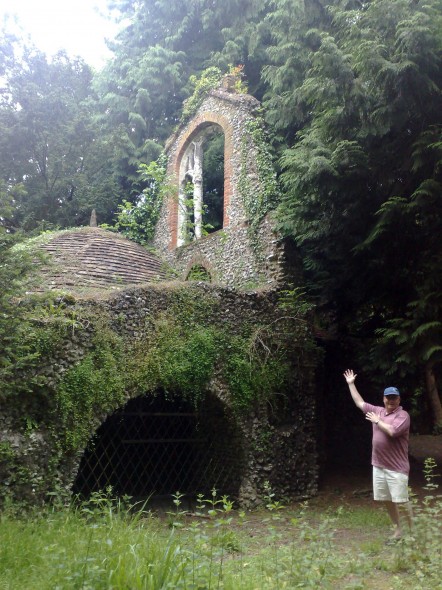 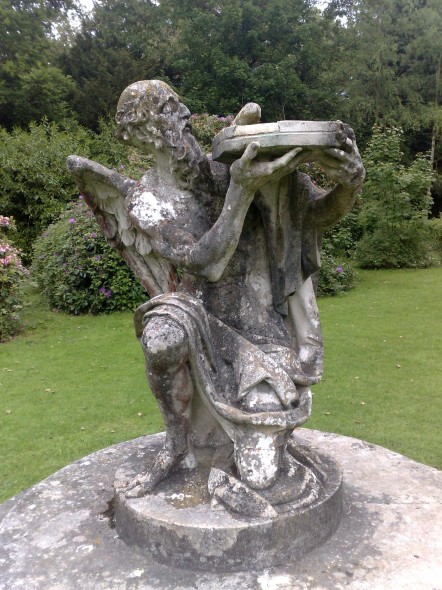 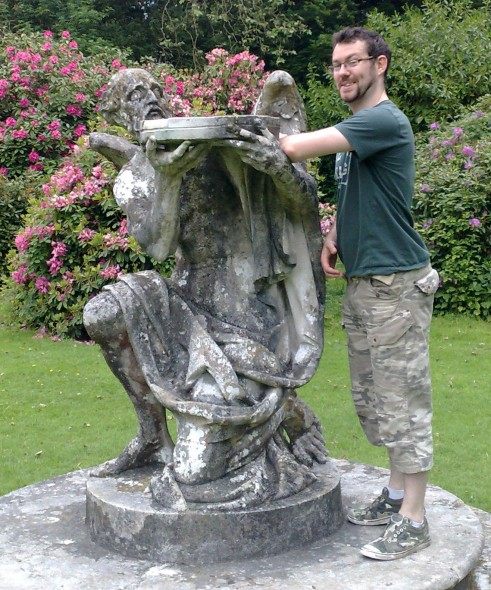 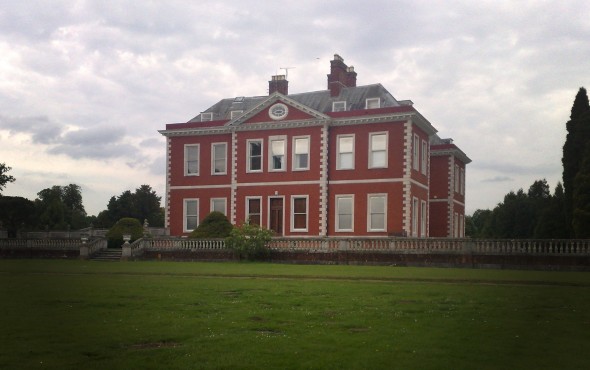 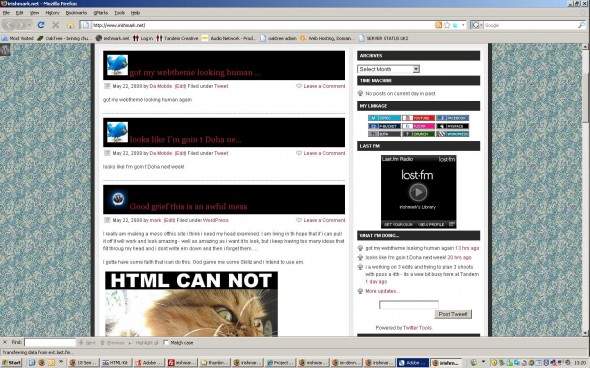 Lets see if we can get it to this: 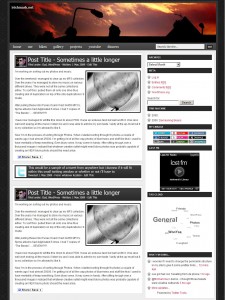 Good grief this is an awful mess

I really am making a mess ofthis site i think i need my head examined. I am living in th hope that if i can pull it off It will work and look amazing – well as amazing as i want it to look, but i keep having too many ideas that flit throug my head and i dont write em down and then i forget them….

I gotta have some faith that ican do this. God game me some Skillz and i intend to use em. 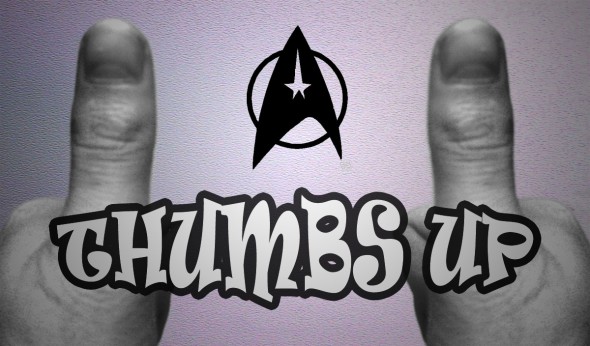 Wifey and i went out for our weekly date night last night and did the usual thing of Nandos and a Movie.

Nandos! Oh how i love Nandos. What a brilliant food chain……mmmmm…..spicy chicken.

THEN we wnet to see Star Trek.

It was great. Being brought up on the show, it gave me a real sense of nostalgia. With all the lame back-stories going around (like Wolverine) i was expecting this to be a bit rubish but i really really enjoyed it. Thelevels of reference to the original series was amazing from the obvious to the ever so subtle.