So it looks like Tablet computers are definitely here and landing!

Last year saw the arrival of the iPad with huge amounts of speculation as to what and how they would be used but over the months different applications have presented themselves. I thought the iPad was gonna be a useless piece of junk and that their best use would for toilet reading. On further study though i began to think that they’d be great in production environments for directors and producers on-set.

What I’ve seen is that so many people in different industries have been using it for suitable functions for their particular industries. More recently has shown a school in Scotland using them in all their lessons. Bye Bye pencil and paper, hello tablets. The point being that Tablets have proven themselves to be a really useful in-betweener device.

Smart-phones will continue to swamp the market and will get better and better but the fact is that you wont want to have to deal with lots of type on their small screens. Laptops are great but even now our attitudes towards them is that they can be bulky to carry. It’s easy to see then that tablets fill the gap.

It will be interesting to see how long Apple leads the market. While Apple products are gorgeously sexy they are out of the budget for most mere mortals which is leaving a gaping hole in the market for affordable units and Android is stepping up to the plate with an awesome interface to rival iOS:

Are tablets taking over then? No i think we will still see standard computers for another few years. Its possible that the next couple of years will see the demise of the standard office desktop pc and the home desktop pc with Workhorse desktops being rarely seen in only design/production/scientific environments.

Slimmer laptops will begin to dominate the market and the Tablet grow in popularity. Do I want an iPad? No but i do fancy the idea of a similarly specced tablet running Honeycomb. 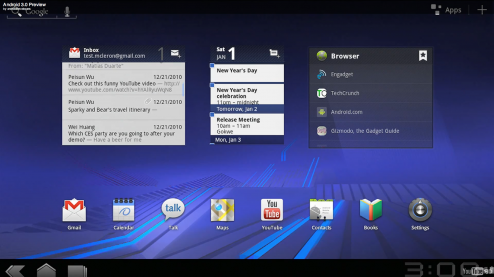